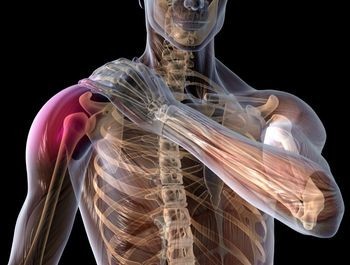 Dean is 46 years old and works in business management. Two years ago his family went on an overseas holiday and after eating a BBQ chicken meal at the hotel he contracted food poisoning. As a result he was left with all his body’s joints in terrible pain and swollen. The diagnosis was an autoimmune system disease called reactive arthritis.

After a blood test the doctor said that for this disease 20% of patients could need lifetime medication. Dean carried a genetic marker that increased his chances of life time medication to 80%.
Dean tells me: Every morning to put on clothes and walk to the letter box to get the mail is a challenge. My knee feels locked up, cannot bend it, if I push through the pain and bend it it lets out a loud crack and feels like it has dis-located.  Constant pain in wrist, knee, ankle, foot, neck, back and shoulder.

Dean was put on hogh dose steroids, 60 mg per day. He didn’t respond as well as expected and so was given a chemotherapy drug on top of the steroids. He also took codeine and high doses of brufen to try to deal with the pain. This did not work so he was given morphine.

Dean kept working from his bed with a laptop for a few weeks until the pain was managed better. He still worked full time, but with lower energy and difficultly in walking.
Soon Dean discovered the medication was producing side effects: The chemo drug was stopped after two days because his heart was affected. The steroids could damage the liver, he started to feel sick and noticed liver pain which he later found out was actually internal shingles bought on by the high doses of steroids. One month before leaving for Rarotonga Dean went to the optometrist to get his first eye check ever, he was told his eyes were in great condition and had perfect vision. One month after taking the high dose of steroids Dean’s vision became blurry and he went back to the optometrist to be told he had the start of cataracts in both eyes, a well known side effect of steroids. Dean gained 14 kgs in weight in the 2 months before visiting Chinerchi, another side effect of the drugs he was taking.

After first energy treatment Dean rings me the next morning: “first time in few months I can walk to letter box with little pain.”

After a month of treatments Dean started to reduce the medication and after two months of treatments he was totally free from all medication. Dean used implant acupuncture to get off the steroids: have an implant, wait 7-10 days, pain is lessened, reduce steroids, another implant the week after and wait 10 days, reduce steroids again and so on until Dean was completely off the drugs. His specialist had advised him to prepare for at least 12 months of high dose steroids and 80% chance of life-time use.

Dean also started losing weight immediately and continued to lose weight even while still on the steroids.

Now two years has passed. Dean has stayed in good health and lost 14 kg of excess weight, returning to normal. He has become even stronger than before.

He exercises regularly, eats healthy, has plenty of energy and feels happy with life and work.

“I can’t thank Angela enough for her help. The treatment defied completely what I was told by the doctors and specialists I saw. From being told I had a 20% chance of living a normal life again to actually feeling like I was at least 90% cured from this disease was only 2 months later after starting treatment with Angela.”

Review of the treatment 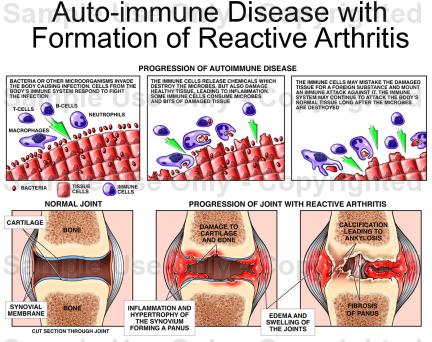 Any autoimmune disease from the western medicine point of view can be difficult to treat. Because the common symptoms are swollen body and pain, the common treatments are heavy drugs to reduce water and manage pain - but all this medication has servere side effects. It may seem like the patient can use drugs to reduce the pain, but the drugs can create weakness in other parts of the body.

When Dean first visited the clinic, through health analysis I found that he has a chronic blocked nose and loose bowels, indicating lung and colon energy was not balanced. Also he needs to get up toilet during the night, that indicates kidney energy was weak, body not able to release water well. Because body was in a weak state the food poisoning could attack the whole immune system.

To heal the immune system, the lung and kidney are most important organs. We need to work on it, to help Dean have deep sleep to restore energy and better bowel motion to absorb the nutrition he eats.

After the Chinerchi therapy start to work, the energy has been transfered into Dean’s body. Kidneys are getting stronger and soon water is reduced, swelling and pain symptoms gradually released. Plus a change of diet - reducing meat intake at evening meal - can help create a better digestion and better sleep.  Also, after the patient feels more energy then he is more inclined to exercise and move the body. Finally Dean is free from all medication and can live a normal healthy life again.