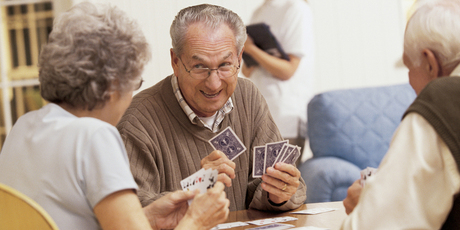 Elderly people who eat with company and hold better memory are likely to live longer, a ground-breaking new study has shown.

An ambitious, long-term survey of nearly 1000 seniors by University of Auckland researchers has also revealed Maori who keep close to their culture enjoy a higher quality of life.

The five-year project takes a detailed snapshot of 420 Maori between the ages of 80 and 90, and 510 non-Maori aged 85 years, all living in the Bay of Plenty.

Professor Ngaire Kerse, who is helping lead the study, expected the research would provide crucial information around ageing, with detailed research on factors such as cardiovascular disease (CVD), physical activities and where key investments could be made within future community development.

"We believe some of the results are already extremely useful for local planners and government policy. In general there were relatively low levels of depressive symptoms and high life satisfaction in our cohorts."

One of the key early findings since the study began two years ago was a higher nutrition risk among participants who ate alone than those who lived with others.

"I think eating alone is quite an important thing - and we should perhaps be thinking about how to get people together to eat," she said.

Detailed food records in the next wave of research would eventually show the variety of foods eaten and give a better understanding of the health risks related to nutrition.

Among Maori, preliminary figures showed those who visited their marae often and had knowledge of their culture were markedly better off than those who didn't.

"We also asked them how much contact they had with other Maori, whether they understood their tikanga and how important those cultural practices were to their wellbeing.

"Although other studies have shown the correlation between older Maori and their involvement with their own community, this is the first study ever to show this correlation through strong quantitative numerical data."

In comparison to non-Maori, older Maori were also busier as they aged. "This is because they have strong cultural community links and are more involved in cultural practices related to such things as tangihanga [funerals]."

In other findings, 92 per cent of participants in the trial took their prescribed medication, with a reasonable number not taking any medication at all, 90 per cent had no cognitive impairment and 67 per cent were still driving.

CVD was prevalent among the focus group, with 67 per cent of Maori and 63 per cent of non-Maori having established heart disease or stroke.

The minority took cholesterol lowering medications - about 40 per cent of Maori and 37 per cent of non-Maori.

Having CVD was associated with lower scores on the memory test, and memory was also more likely to lead to early mortality even after only one year of follow-up.

Ms Kerse said around 10 per cent of the participants had died since the start of the trial, which she hoped could be pushed out another decade.

The trial is running separately alongside the Bright Trial, which has been under way for more than three years across Canterbury, Wellington and the Western Bay of Plenty, taking in nearly 4000 older people and 148 GPs.

It quizzed participants on a range of issues including movement, memory and mental health, but Ms Kerse said the study was too young to yield any early indications.

Generally, researchers had seen that while both Maori and non-Maori enjoyed a relatively high quality of life, longevity of life in Maori was still constrained, while the Maori population was ageing faster.