Chinerchi: The meaning of the name

The Chinerchi has the following meaning:

Chinerchi can be broken into 3 parts:

Sometimes Chi could translate to Qi.

simple language to describe essence of TCM is energy or Qi since 2008 Chinerchi has registered as intellectual property.

Maori word for the unfurling fern frond of New Zealand's silver fern. Both the symbol as the baby fern are characterized by an inward, circular or spiral shape. 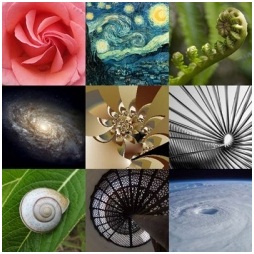 Spirals in general it’s meaning as a symbol of life and universal energy growth and movement. And primarily known is one of the oldest symbols of life that occurs in many cultures.

Science knows these spirals as structures in a field known as the 'quantum vacuum' that contains the energy source of life and all being.
The spiral is the most widespread shape in nature. If we look at the natural world around us we can see that plants, trees, all naturally spiral towards the sunlight as they grow. Seashells, ferns, cow horn and snails are all spiral in form, even universe milky way.

Chinerchi logo has emerged from the Chinese character of energy 'Chi' with a Koru spiral together to represent:
Qi=Chi:the essence of Chinerchi is Qi
the spiral circle meaning is source of life and all being, because New Zealand is the birth place of Chinerchi , this spiral circle also represent local native Maori element.

Chinerchi Therapy is based on Traditional Chinese philosophy of natural energy healing, while working within New Zealand's natural environment and using all original universal energy tools together to achieve healing humanity and to promote wellness.

Chi is life essence and force, although each loop of the spiral brings us back to the very original the same place, it takes us to a higher and more evolved level of developments, such as health, wellness or spiritual and humanity.